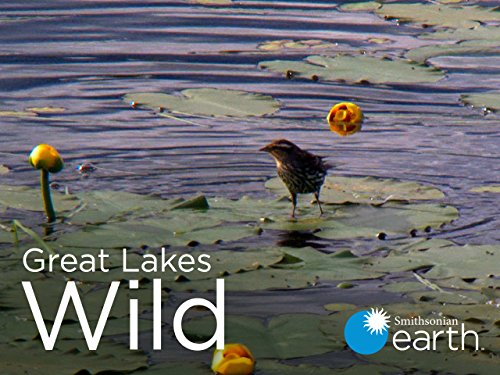 Great Lakes Wild: Series 1
Uncover the secrets of the vast Great Lakes region, which extends from the Canadian border to the American Midwest. It’s a place of breathtaking natural beauty, with a unique set of challenges threatening its delicate environmental balance.

1)  Isle Royale
On an island in the world’s largest freshwater lake, a single, isolated population of moose battle for survival against a pack of wolves. Find out how this delicate ecosystem in the midst of Lake Superior reveals invaluable scientific information on the dynamics of predator-prey relationships.

2)  Invaders from the Deep
Of the more than 180 invasive species found in the Great Lakes, two in particular stand out for their indiscriminate devastation: the fast-breeding Asian carp and the deadly sea lamprey. Join the front lines of an urgent battle to limit the impact of their ecological damage.

3)  The Goby Effect
The Lake Erie water snake, once on the brink of extinction, now looks to be rebounding–thanks mainly to the invasive goby fish that’s wreaking havoc on the Great Lakes ecosystem. Can scientists studying this environmental anomaly find a healthy ecological balance?

4)  Bad Reputations
Should a creature’s bad reputation impact its survival prospects? As the venomous massasauga rattlesnake edges towards extinction and cormorants in Toronto destroy the trees they nest in, accommodating these misunderstood species has never been more important.

5)  Helping Out Endangered Species
Peregrine falcons are slowly rebounding from the edge of extinction, while snapping turtles face different life-threatening challenges. Learn about conservation efforts in Ontario, Canada to help give these threatened species a boost while they fight back.

6)  The Damning Truth
What can the struggles of sturgeons and muskrats, two key Great Lakes species, tell us about the impact of upstream dams on the local ecosystem? Join conservationists as they assess the threats to the habitats of these animals and weigh options to counteract the damage before it’s too late.

7)  Night Moves
Bat populations are plummeting from a seemingly unstoppable fungal infection. Meanwhile, northern flying squirrels are being crowded out by their southern cousins. Learn about the life-or-death challenges faced by key wildlife in two of the Great Lakes region’s most delicate ecosystems.

8) Back from the Dead
Two North American species have nearly vanished from their natural habitat in the course of the last century, due to a host of human and environmental factors. Can the elk and the wild turkey of Ontario be successfully brought back? Join the team of daring and ambitious scientists making it happen.