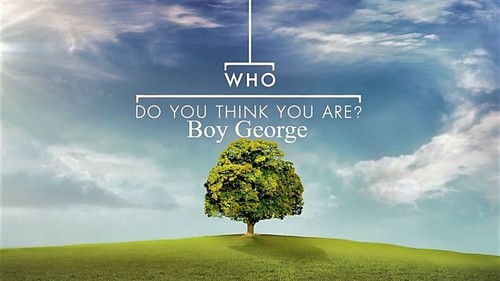 Who Do You Think You Are? Boy George

Iconic pop star Boy George grew up in south London in an Irish family. George expects to find a lot of sadness in his family tree. He knows that his maternal grandmother was found wandering the streets of Dublin as a small child and put in a children’s home and wants to find out how she came to be in such a dire situation. He’s also heard that another ancestor was hanged in Dublin’s Mountjoy Gaol and is somehow connected to Kevin Barry who was commemorated in a well-known Irish rebel song. As George uncovers the grim details of what really happened to his grandmother and his great uncle, he also delights in a new sense of his family being truly part of Irish history.