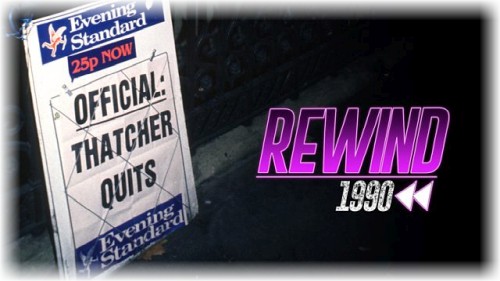 Take a memory-packed journey through a year of great music, historic events and momentous news in Rewind 1990.

It’s the year Nelson Mandela is released from jail, Margaret Thatcher steps down as prime minister and Glasgow becomes European Capital of Culture. It’s a great year for TV firsts – One Foot in the Grave starts and The Simpsons is screened in the UK for the first time.

In sport there is a momentous clash at Murrayfield as Scotland play it out against England for the Calcutta Cup, the Triple Crown, the Grand Slam and the Championship, while in Edinburgh Hearts make a move to take over their old rivals Hibernian.

In music, MC Hammer’s “U Can’t Touch This” is in the charts, his trousers (“Hammerpants”) are off the charts. Deee-Lite are a one-hit wonder with “Groove is in the Heart”, while AC/DC notch up another of many hits with “Thunderstruck”. The most successful Scottish band of the year is Del Amitri who make it to No 11 in the UK chart with “Nothing Ever Happens”, while Scottish singer-songwriter Roddy Frame teams up with Mick Jones on “Good Morning Britain”.

Rewind 1990 revisits all the great moments from that year, the shows we loved, the music we enjoyed, the events we remember and the news stories that are still having an impact today, rewind to 1990 to find out how a memorable decade began.