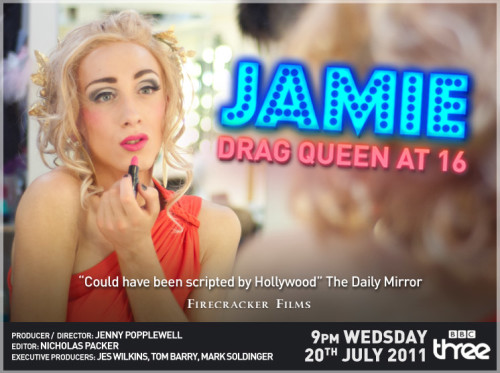 Documentary following the story of teenager Jamie Campbell, who wants to be a drag queen.

Growing up in an ex-mining village in County Durham, Jamie has already faced his fair share of difficulties after coming out as gay at 14. However, with the majority of his family and friends being supportive, he has decided that he is ready to share his passion with the world.

He plans to embrace who he really is by attending his end of school prom in drag, but he doesn’t get the reaction he’d hoped for from both his school and, heart-breakingly, his own father. So Jamie has to make some difficult decisions.

Jamie spends time with an established drag artist and battles his demons, performing as his alter ego, Fifi La True, for the very first time in front of a large audience.

As Jamie has some frank and intimate family moments, and finds out just how strong he really is, the film explores his hopes and fears for the future. Will he get the acceptance he craves from his peers and the confidence to be who he really is?

Part of Extraordinary Me, a season of programmes for BBC Three which focuses on young people with amazing stories to tell.