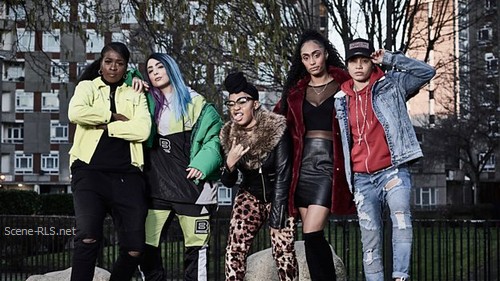 Across six parts, the series will follow the everyday lives of Laughta, Pre Wavy, C Cane, Madders Tiff and Cassie Rytz and the challenges of being a female artist in the male-dominated world of grime. The accompanying podcast will be released weekly on BBC Sounds, exploring the central theme of each episode in more depth.

Episode one: Galdem In A Mandem World

The âgaldemâ get together for the first time and talk about being a female in the male-dominated world of Grime.

Pre Wavy and C Cane are excited by the impending podcast, but donât normally hang around in big female groups. Will this open up their friendship groups and be a positive experience, or will putting five feisty women together in one room invite trouble?

Later, Laughta looks for an outfit to wear to the Brits. She feels women have to go the extra mile to be noticed and is feeling under pressure to show some skin.

Cassie Rytz, the youngest member of the collective, opens up about what itâs like to be an 18 year-old female starting out in the industry.

Madders Tiff has an emotional meeting with an old friend and has some news that shocks her.