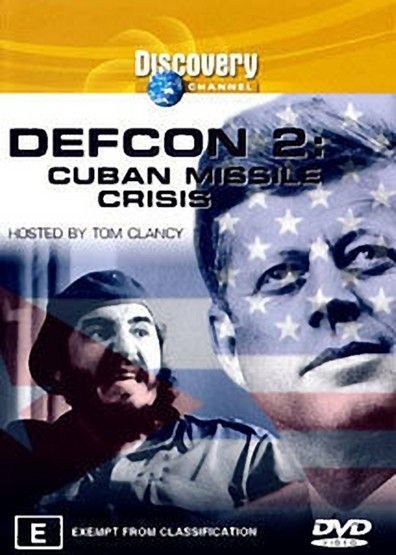 Produced by The Discovery Channel, a historical documentary commemorating the 40th anniversary of the Cuban missile crisis, presented by internationally acclaimed writer Tom Clancy.
Defcon 2 is the highest level of US military readiness short of nuclear war. This state of alert has only been reached in one instance: The Cuban Missile Crisis.
In 1962, the Soviet Union amassed an arsenal of nuclear missiles in Cuba, which lies some 70 miles off the coast of Florida. Four Russian submarines discovered in the Caribbean provoked a standoff that brought the world perilously close to nuclear war. Hear exclusive interviews with former Soviet naval commanders and former White House aides and view archival footage of unfolding events.
US-Soviet relations were pushed to the brink of war as the USSR attempted to install nuclear launch sites in Cuba. Key participants from the US, Russia and Cuba provide eyewitness testimony and expert analysis of the infamous confrontation.
New evidence is brought to light, revealing that the world was even closer to nuclear Armageddon than the public realised at the time.

Produced in connection with the book DEFCON 2 by Norman Polmar and John Gresham ; Henninger Productions in association with Discovery Communications, Inc.