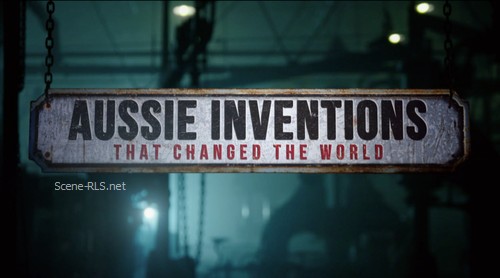 .
.
Historically Australia has punched well above its weight on the world stage of timely innovations, scientific breakthroughs, and cleverly designed new technologies. Throughout its history this continent has produced an impressive line-up of tenacious inventors, each who envisaged a better way of doing things by finding material answers to the problems of their time, often in the face of enormous resistance. Their work has forever changed the way we live, both in Australia and around the world.

Led by a team of four expert hosts, this entertaining series uncovers how each invention worked, why it was extraordinary in its time and the conditions that lead to its ultimate successes, with a few instructive failures along the way. In contrast to the usual sporting, military and political heroes in Australia, this impressive line-up of tenacious inventors has been largely overlooked. Aussie Inventions That Changed the World shines the spotlight of History on the remarkable Aussie heroes who have played their part on the world stage. This series celebrates their outstanding legacies.
.